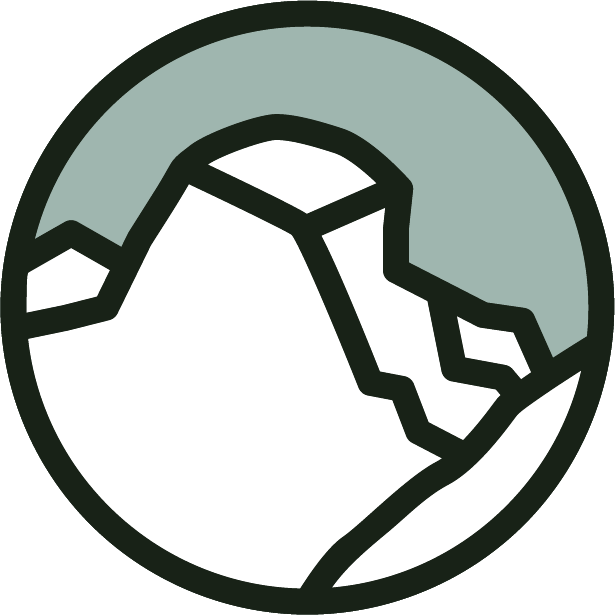 The heart of the Picos de Europa

Home 9 Discover 9 The heart of the Picos de Europa


Onís is part of the Picos de Europa, the highest peaks of Asturias, beautiful limestone mountains that the Marquis of Villaviciosa managed to have declared as the first National Park of the country.

The Picos are organized in three massifs and Onís belongs to the so-called western massif or El Cornión, which is delimited by the Sella and Cares rivers. Its impressive peaks are the second most important after the central massif, it is crowned by the Torre Santa de Castilla (2,596 m) and is home to the famous Covadonga lakes. The highest peak in Onís is the Pico Verdilluenga, no less than 2,129 m. 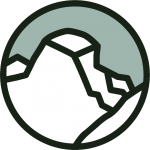 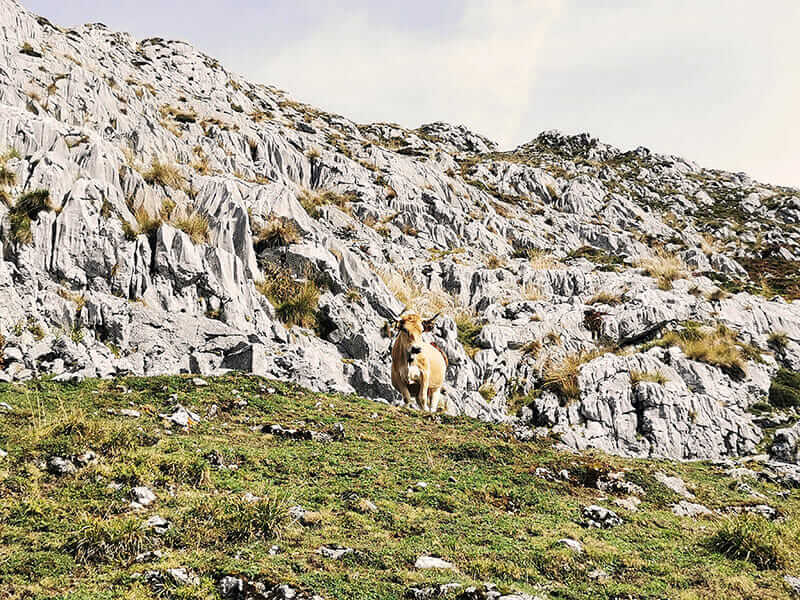 A landscape uplifted by orogeny and shaped by water

These imposing mountains of the Picos de Europa arose during the alpine orogeny and were shaped by glaciers. Subsequent erosion by the action of water continues to act on the rock, due to the currents and karstic processes of dissolution of the limestone, cracks, lapiaces and jous (depressions) are formed.

This is a complex terrain on its surface, but also in its interior, which is furrowed by a complicated network of subway galleries, through which water circulates.

In the high altitudes of the Picos de Europa only a few species such as lichens and small alpine plants, which live in the scarce soil of the crevices, are able to survive. Golden eagles, vultures, Egyptian vultures and corvids, such as choughs, fly over them. For some years now they have been sharing space with the bearded vulture, which had disappeared from the Picos de Europa and which is being reintroduced thanks to the work of the Foundation for the Conservation of the Bearded Vulture. Foundation for the Conservation of the Bearded Vulturewhich has its house-museum in Benia de Onís.

In the routes through these high areas it is common to see chamois, true tightrope walkers that take advantage of the vegetation that sprouts between the rock and birds of interest, such as alpine sparrows, accentors, rock thrushes, abundant choughs and, the most elusive, wallcreepers. 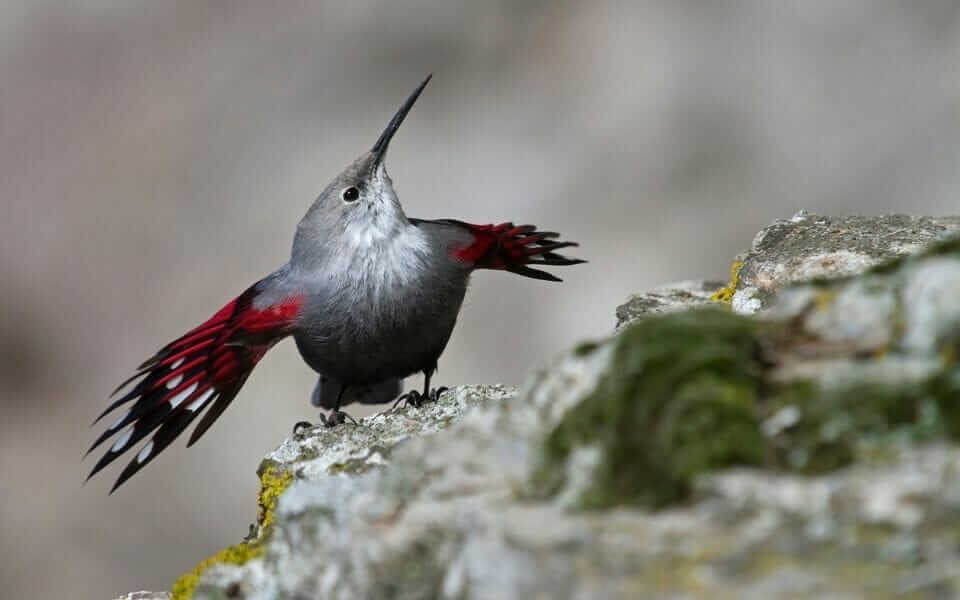 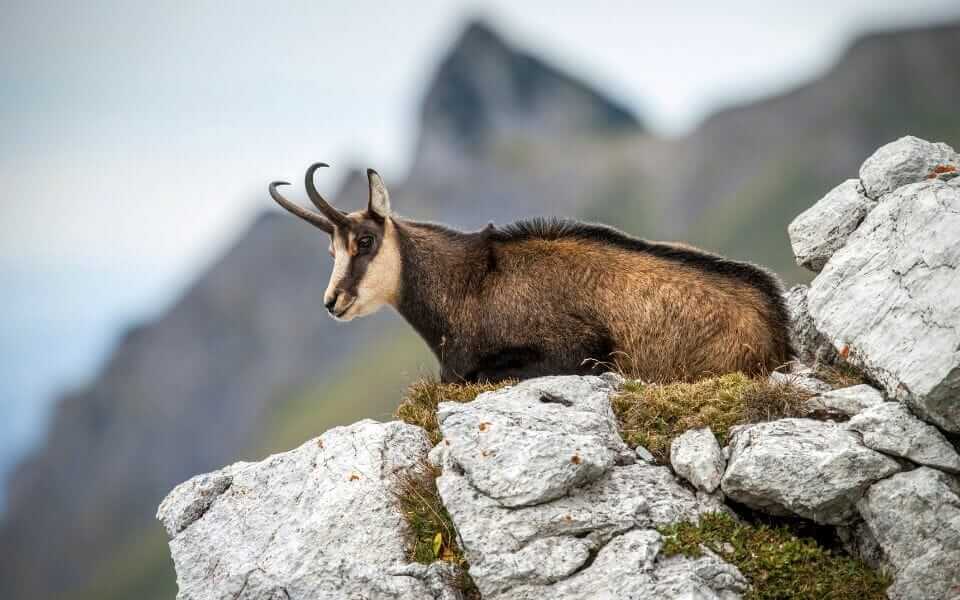 Shepherds and their livestock, indispensable in the landscape of the Picos de Europa.

At slightly lower altitudes, where the soil is richer but forests cannot yet develop, scrub and mountain pastures dominate , which are used by livestock during the summer.

It is in these slightly flatter areas, between peaks, where the shepherds of Onís have located their sheepfolds since ancient times. Temporary housing areas with stone and tile huts, where they make Gamonéu del puerto cheese with the milk of their cows, sheep and goats.

Where the climate is milder and the soil more fertile, forests grow. 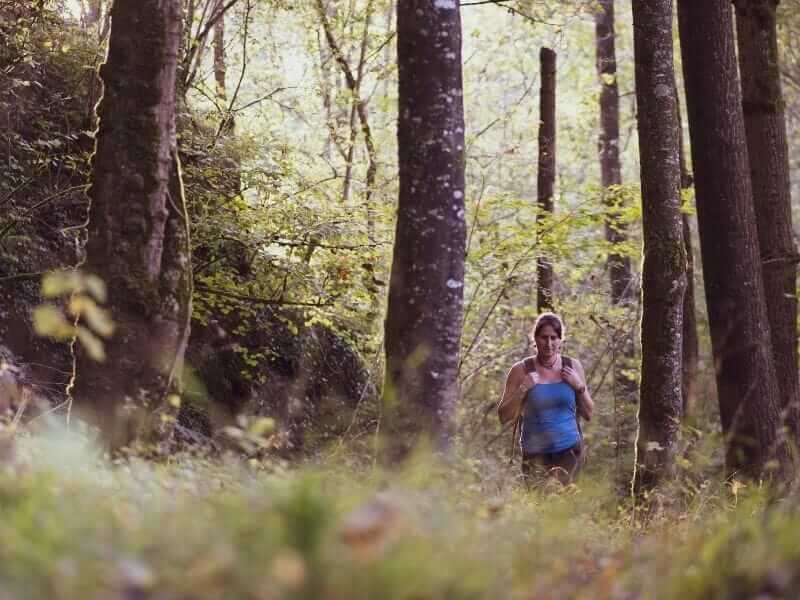 As we descend towards the valleys, in the mid-mountains, the milder climate and the stronger soils allow the development of temperate forests such as coalfields, beech forests, mixed forests and chestnut forests. Although many of them have given way to scrubland, Onís still preserves some magical forest in the surroundings of the Tabardín or Casaño rivers.

These lusher forests are home to roe deer, foxes, wild boar and birds such as woodpeckers, goshawks and nocturnal birds.

In the lower areas of the Picos de Europa, in the surroundings of the rivers, there are riverside forests and, in the meadows, mainly meadows for cattle feeding.

Tours in the heart of Picos de Europa

Your refuge of Onís in Picos de Europa